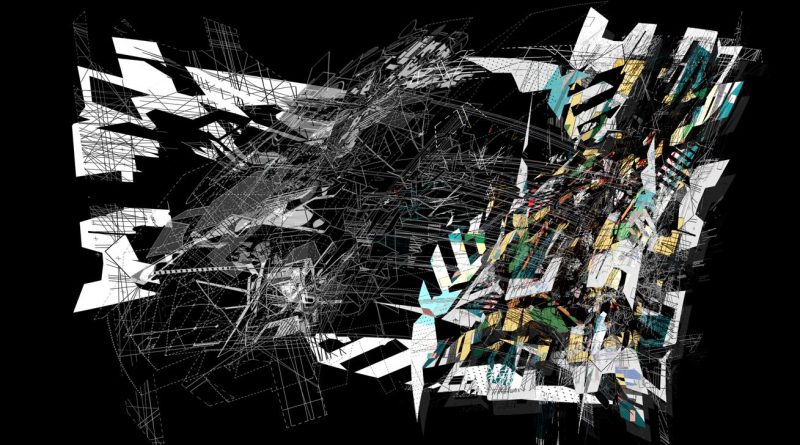 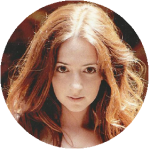 If artistic avant-gardes and social revolutionaries have felt a particular affinity for one another, borrowing each other’s languages and ideas, it appears to have been insofar as both have remained committed to the idea. The ultimate hidden truth of the world is that it is something that we make and could just as easily make differently.

The Utopia of Rules David Graeber

Future narratives are bound to a new kind of topography. Re-drawn on e-maps, exposing the interactions of text and space on an emotional level. In mapping terms, a story can be laid out as an experiential trajectory on an existing geography, very much like a palimpsest, where the topography itself will evolve in the process of a visual stratification.

Framed as a mapping of an emotional “cartography of the imagination”, these explorations of a rhizomatic topography touch the lived spaces and occupied places of being. A psychogeography, an inhabited map. A graphical record that trails the movement and impulses of feeling which later become symptomatic of their own dis-placed condition.

In its various narrative configurations, mapping along does not reproduce the ordering principle of the analytical encounter but rather tries to chart a movement. I am interested in the narrative of a topography of e-motions. A medium that connects being to space and engages the seduction of architecture and its places of the mind. Emotional topography is about an itinerary, a psycho-logical journey by which one comes to experience being. It is a kind of cartography of place, timeless, whose compositional lines touch our inner being and draw place in the manner of an intimate landscape. This is a visual construct whose porosity is the very system of our interior, the ‘stuff’ of our inner fabric, a place where lines become a space, an architecture of the unconscious.

My topographic explorations attempt to reveal, or better perhaps, bring into awareness this field through which all our experiential memories are mediated – a ‘field of being’. My interest is in how architectural space registers in such field, or psyche. This includes a graphic exploration of cognitive processes and their visual representation, a structural mapping of mental space through frames and folds of memory, as well as the tectonic field in which the psychoanalytic encounter between narrator and narrative takes place on a drawing.

Within a field of emotions, the topographic relationships of component parts are not stable and fixed; rather, they can be mis-placed, dis-placed, and re-placed amongst different fields, thus testing processes of coding, stratification, and territorialisation. A drawing that is made up of conditional articulations, hierarchies, compositions, and stratified fields.

The topography that entertains the unconscious includes inhabitants and the forms of their passage through spaces, including places of being. This schizo-landscape is a terrain of vessels. A place that both “holds and moves”. Here, the idea of the vessel carries a double meaning: that of the ship and that of the artery⁵; it implies fluidity and map-reading. These geo[graphies] of being and vessels must entail some sort of charting. A navigational system of representations ordered and moulded as itineraries to be experienced in a viewing that mandates motion.

What is explored and weathered here is the plan of an unconscious topography in which emotions can ‘move’ us, for they themselves organise as a route. These are mapped as tectonic transformations, drawn as moving expressions. An embodied motion at different speeds that activate the senses in an aggregated sequence of emotional responses. Evoking emotion in the shape of motion as one travels through it. This exploration of emotions in the formation of experiential drawn spaces dictates a collision of conceptual ambiguities; these can be in the form of boundaries, surfaces, and passages. A dialectical terrain of countless thresholds.

The use of the word ‘ambiguity’ here is not a literary attempt; the aim is to explore the traces, to manipulate the lines, to prod the unconscious and uncover unspoiled territories of the mind and perhaps attempt at some measure of solidity. The mutable properties of words and their ability to carry multiple meanings in a variety of ways, are a major component of poetic language, as they are for visual expression. In no way, such narrative is meant to work as a license to search for multiple meanings with no awareness of the controlling context in which ambiguity may appear; on the contrary, it is fundamental to consider, purpose, context, and condition, in addition to the running backdrop narrative, when explicating meaning.

In so doing, this intentional discursive geography is mobilised by multiple tactics of reading space, transforming the descriptive dialogue into a representational discourse, a narrative mapping of places and being, a field of “inhabitants and vessels.”

Over driven by a topographic impulse, these visual constructs explore the inner direction of a field of being and expose its interior disposition. Cartographic framed edits, where the moving construct itself is theorised, metaphorically, as a vessel, as a means of transportation that is carrying us away on an emotional journey; a vessel that becomes the vehicle for emotions. These emotional fields are no longer mapped by a distant eye, rather a terrain mapped as “mind of one’s own”, topographic narratives as if in a memory theatre.

The spatial agency of architecture has provided a potential framework for organising knowledge. Once visualised, these decontextualised objectiles, extracted from different intervals, different places and belonging to different orders, are all able to take on the same significance on the aggregated machinic palimpsest. Memory here is repetition, but with a difference, it is not recitation. Repetition creates a variation in the way things appear, paving the way to novelty. Memory needs to be trans-figurative. It demands a de-territorialisation and re-territorialisation. Hegel did not reduce memory to a kind of dull recitation of the past; he wanted to create something permanently moving. A wheel that turns, returns, and turns again. His memory theatre was a kind of perpetuum mobile⁶. An endlessly recreating and re-enacting memory mechanism.

Spatial representations include tectonic machinery in its topography. I eager for an architecture: a ‘room’ in which to wander and make my own. The making of topography as a room of one’s own is an anthropological process that has travelled a route of pastiche collations. This, however, is not a simple ad-hoc process. The construction of this fuzzy room involves becoming the space and embarking on a dominant mnemonic discourse of interiority. Cartography no longer refers to an actual context, but it shows the latent memory or meaning of a site turning it into a surrealist landscape of the mind, a system capable of influencing further mind places.

These mind places and their spatial relation, I can imagine them hollow, barren, and vacant, but I cannot imagine them without a space of being. Constructs comprise the probability of conditions but also require a taxonomy. In the realm of the infinite presence of being, one’s instinctual functioning dictates the multiplicity of positions and conditionings. The various strata of consciousness are to be intruded in readiness for new paradigms. It is this field of heavy sedimentation of the contingent detachment of Being that one is to proceed with the process of interiority.

G. Ballard (1991) wrote of a man driven to madness by awareness of interiority in his story “The Enormous Space”: “By shutting out the world my mind may have drifted into a realm without yardsticks or sense of scale. For so many years I have longed for an empty world, and may have unwittingly constructed it within this house. Time and space have rushed in to fill the vacuum that I have created.⁷”. The extra-dimensional features of the mental space that lend reality to a hidden world of illusions, as Ballard writes, “came to claim me.” In the darkness of our thoughts the invisible grows visible. This is a meta-place, a space with no physical limits. These figments, fabrications, hallucinations, are a representation of place within a place in constant recitation. A supplementary scale interferes with the attempt at conquering these shadowy unknown interiors, natural order undyingly disturbed, geometry as we know it, fails to respond. Paralysis sets in, caused by the realisation that the underlying problem with representation is the dilemma of understanding the place that envelopes us all. Yet the question lingers: what do we mean by place?

Bea Martin is a British architect and a Senior Lecturer in Architecture and Technology at the University of Huddersfield where she is also the BA (Hons) Architecture course leader.
She is the founder of Archilibs (Architecture ad libs) an experimental design studio exploring the Forms of Architecture and the Architecture of Form. A conceptual investigation, digital and analogue, through a process of drawing and making, research that is both technical and philosophical.
Her visual discourse engages drawing to be conceived as a machinic assemblage — a drawing that is multiple. Its function or meaning no longer depending on an interior truth or identity, but on the particular assemblages, it forms with other drawings. Bea’s methodology draws an analogy to the work of Deleuze and Guattari by exploring drawing as an assemblage. An exploration of how the drawing is put together and stratified as a subject, and a careful manoeuvre through the bleak conception of the ‘drugged body’ provided by these two philosophers. I argue that a drawing should, ultimately, be valued for what it can do (rather than what essentially ‘is’) and that assemblages should be assessed in relation to their enabling, or blocking, of a drawing’s potential to become other. Bea is currently exploring said philosophies in her PhD. 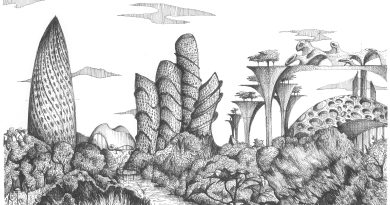 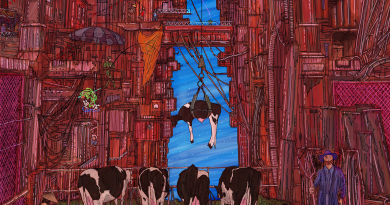 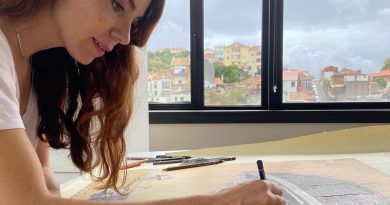 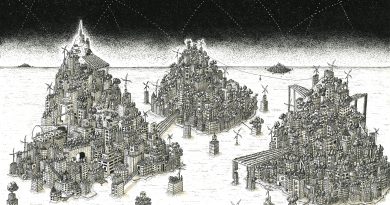